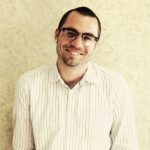 Come learn about ChainAPI, a hypermedia API that aims to create a distributed network of browsable sensor data servers. ChainAPI is a project developed by Spencer Russell in the Responsive Environments group enabling clients to store their sensor data so it can be easily browsed, discovered, and streamed. We’ll go over the basic system architecture and data formats and help attendees get up and running building applications that interface with the API. Attendees can work our sensor data, or start pushing data of their own. Please come prepared with a laptop and your development environment of choice. We’ll provide examples in Python, but anything that can speak HTTP, JSON, and websockets will do.

Spencer Russell is a Masters candidate at the MIT Media Lab’s Responsive Environment Group, led by Joe Paradiso. His research interests include sensor data infrastructure, audio spacialization, and Music Information Retrieval. Before joining the Media Lab Spencer worked as a musician and as a freelance hardware and firmware developer until he became Chief Engineer at BuLogics, Inc., a mesh networking and building automation company in Philadelphia. Spencer holds a BA from Oberlin College and a BS in Electrical Engineering from Columbia University.

Michael Propp co-founded Adaptive Networks with his brother David to develop technology and products for reliable network communications over industrial powerlines. He is the co-inventor of the technology, has co-authored 15 key patents in this area, has been active in and co-authored both ISO and IEC standards related to powerline communications, and currently manages the company. He has been responsible for the wide deployment of powerline networks on ships, in mines, and in subsea oil and gas production. His areas of interest include complex dynamic systems and the relationship of stochastic systems theory to thermodynamics and statistical and quantum physics, as well as powerline communications. Dr. Propp holds SB/SM EE (1981) and Ph.D. EE (1985) from the Massachusetts Institute of Technology.

The IoT2014 organizing committee gratefully acknowledges the contribution of the IEEE Communication Society’s Technical Committee on the Internet of Things for their role in disseminating information about the conference events.